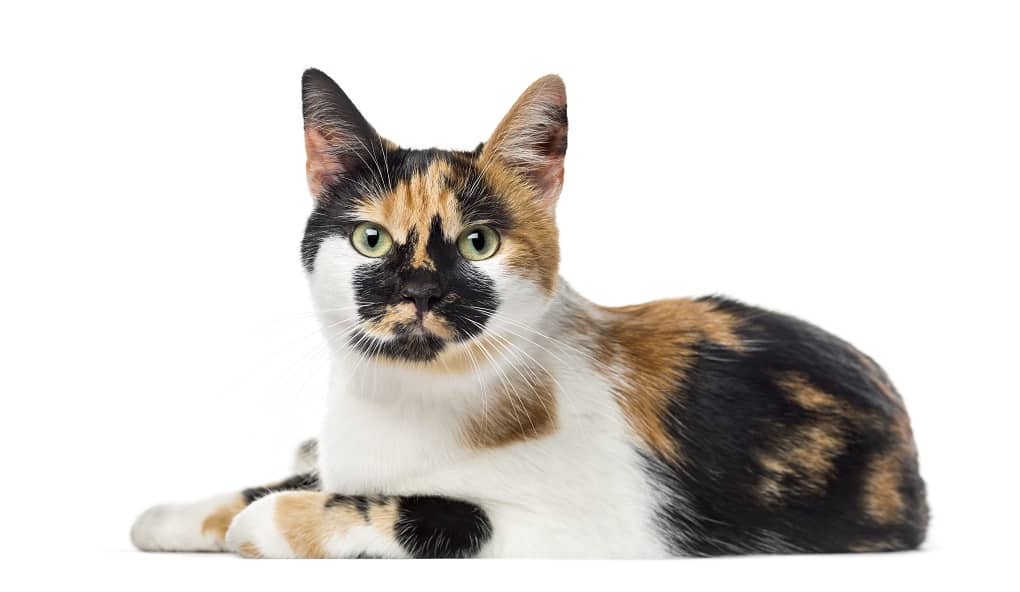 If you are looking for a new pet for your home, the American Polydactyl cat is a great option to keep in mind. These are social, friendly, and highly active cats that do well in fast-paced homes.

The American Polydactyl cat is quite a loving and affectionate cat. These kitties love to be around their owners most of the time and they always want to be involved in whatever you are doing.

These cats get along fine with kids and dogs, for the most part, so they make for pretty good family pets. They are friendly and laid back, are not known to scratch, but are quite vocal. They will always let you know if they do not like something and they will often use their voices to do so.

Learn more about Polydactyl cats in the short video below:

The American Polydactyl cat is quite easy to train, can often learn some basic cat tricks, and will sometimes even tolerate walking on a leash. This is also quite an intelligent cat, plus they are very active.

One thing to know about the American Polydactyl is that it is an extremely active and energetic cat, one that loves chasing toys around, climbing things, and being super curious in general.

While they do enjoy a cuddle session on a warm lap, they enjoy playtime even more. Keep in mind that these cats started out as mousers, and they absolutely love hunting.

If you have a mouse or rat problem in your home, the American Polydactyl cat is a good cat to have around.

The fact of the matter is that nobody really knows which cat breeds went into creating the American Polydactyl cat. It is assumed that this cat was developed and then spread overseas by boarding and living aboard ships traveling between Europe and North America.

However, which species first boarded the ships, which were then bred into the American Polydactyl cat, is not really known.

Of course, this is called the American Polydactyl cat, and it is because they tend to have more toes than your average cat. A normal specimen can have up to 7 or 8 toes per foot, sometimes on all feet, sometimes on 2 feet, or sometimes just on one. It’s a genetic mutation which led to this, but where this mutation came from is still not known.

What is known is that sailors loved the American Polydactyl because of its proclivity to hunt and kill vermin.

The American Polydactyl cat tends to be a fairly healthy cat, all things considered. Like all other cat breeds, they may suffer from some heart and periodontal disease, but this is not linked to this breed alone.

What you do need to know is that the American Polydactyl cat sometimes has problems due to having so many toes and often just as many claws. These can get cat ingrown, they can stay underneath the skin and require surgery, and if the toes or claws stand out, they may get snagged on things and ripped.

However, for the most part, the extra toes do not usually present a problem.

There are also long-haired varieties which require regular brushing, usually twice or three times per week, to keep the hair from matting.

In terms of bathing, while it is not good to bathe cats in general, the long-haired American Polydactyl cat might need a bath every couple of months, and the short-haired ones a little less often. What is important to note here is that you need to keep an eye on their claws and feet, making sure to groom their nails and watching for any problems.

Other than that, basic ear, eye, and teeth cleaning is required.

The American Polydactyl cat has a fairly big and bulky body, most would say muscular. They have pretty big bodies with broad heads and pointy ears. In terms of height, your average male American Polydactyl will grow to around 14 inches at the shoulders, with females smaller growing to 10 or 12 inches in height, at the most.

The American Polydactyl cat is very highly active, and they are usually always on the move. They like to explore the home and check out what is behind closed doors.

These are hunters and they often prowl around looking for a mouse or other prey to catch, and if not that, then they are playing with toys or playing with their owners. These are active cats with high energy levels.

This cat is not hypoallergenic, and this goes double for the long-haired varieties. It’s not the best pet to have in your home if you have cat allergies.

The American Polydactyl cat is a fairly long-lived cat, but not overly so, with an average lifespan of 13 to 15 years.

This breed can be somewhat hard to care for, but also not overly so. The long-haired varieties will need a fair amount of grooming, and they will shed a lot.

You might also notice things scratched or chewed apart in your home, or at the very least, a cat that is always on the move or has a habit of scratching. You might need to invest in a good cat scratching post to avoid damages.

These things do need a certain level of care and attention, plus you need to look after their claws too.

Where to get a American Polydactyl Cat

The American Polydactyl cat is not an overly rare cat, and there are a good number of breeders in North America, as well as a select few in other regions. As long as you go to a reputable breeder, you should have no problems here.

How much does a American Polydactyl Cat cost?

Your average American Polydactyl cat is going to run you between $300 and $400. There are some which come from special breeders or have distinguished features, and these may run you up to $550. However, compared to other cat breeds, they do not cost all that much. 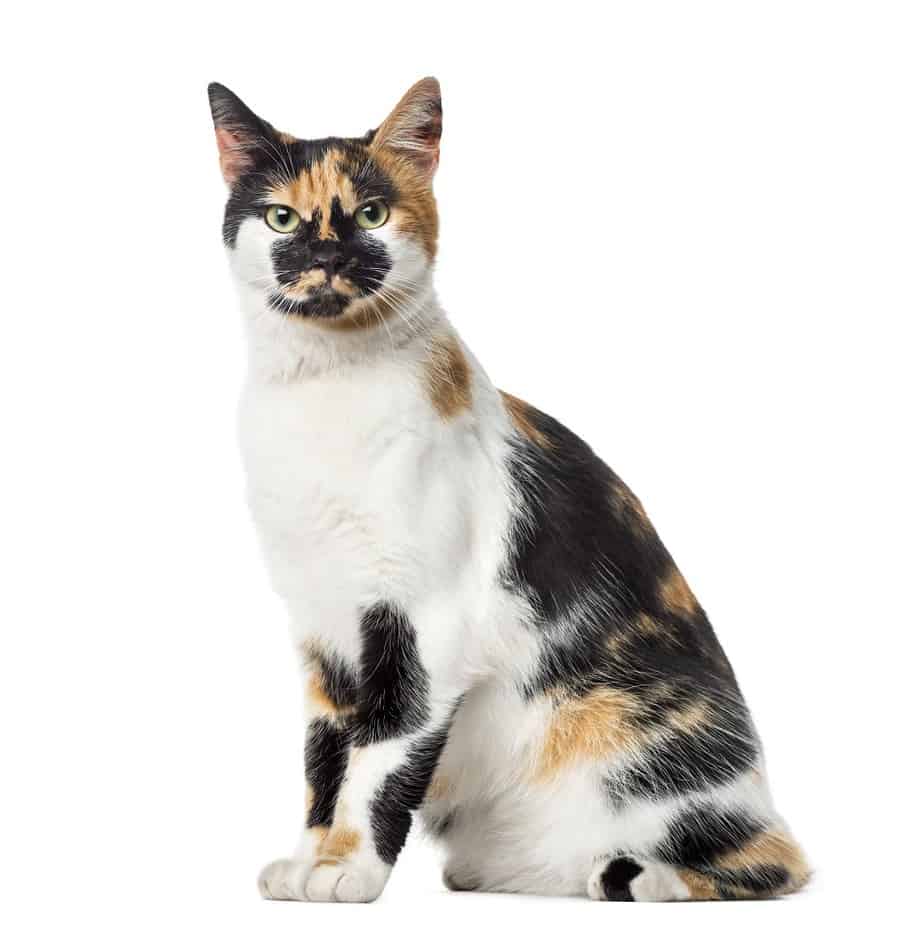 First off, consider the differences between short hair and long hair cats, especially in terms of grooming and shedding.

Next, there are many different colors and patterns to choose from, so that is up to you. Finally, ask the breeder about specific family health issues, if there are any to speak of. You may also want to inquire about the personalities of the parent cats.

Responsibilities to consider in the care of a American Polydactyl Cat

In terms of requirements, the American Polydactyl cat requires you to look after toe and claw health, and if you get a long-haired one, a fair amount of grooming.

Besides that, regular feeding with high-quality food, lots of toys, and attention from people is what they need.

Yes, the American Polydactyl cat does require a good deal of care and attention. They do not really like to be alone and it is not a cat to get if you will not be in the home a lot.

The American Polydactyl cat is very active, curious, friendly, and playful. When they are not hunting for mice and rodents, they are playing with toys or exploring the home.

The American Polydactyl cat is a fairly affectionate cat. They do enjoy being with people. These are very loving cats that absolutely love their owners, they do not mind kids, and they really dislike being alone for any amount of time.

The American Polydactyl cat makes a good family cat in the sense that it does really well with kids, even when harassed. However, they are not the best with dogs.

This breed of cat is known for being fairly intelligent. They are curious and can figure out how to open some doors and drawers. They can be taught some basic tricks and may fetch a toy, and they may even learn to walk on a leash too. The occasional puzzle toy is also not out of the question.

This is not the hardest cat in the world to maintain, but you do need to look after their toes and claws, their ears, and for the long-haired varieties, looking after their coats can be a bit of a pain.

As mentioned before, due to a diverse and largely unknown genetic background, the American Polydactyl cat can come in pretty much any pattern and color combo which any cats can come in.

The bottom line is that the American Polydactyl cat makes a great pet for families, especially for families who have kids. They are friendly, playful, and smart cats.