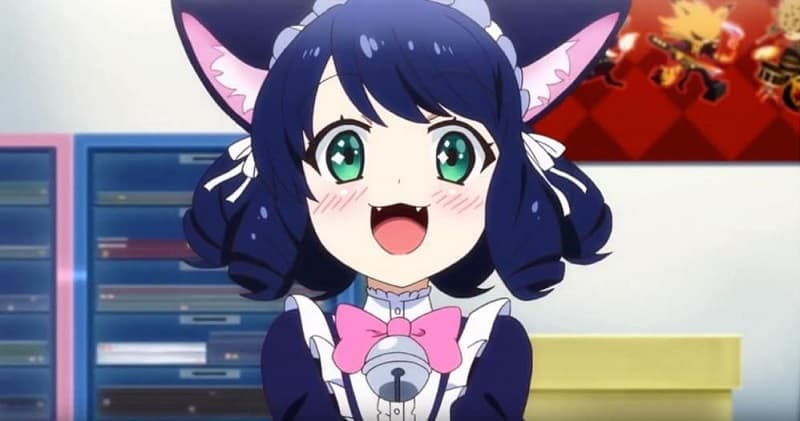 Are you a fan of nekomimi girls? These girls with cat ears are a little bit human, and a little bit cat. They have a lot of the same characteristics, including being both affectionate and independent at the same time.

They have a lot of the kitty characteristics that make cats so endearing to so many of us, including loads of kitty cat charm. Because they are so loved and popular, it’s no wonder that cat girls are featured in many different types of anime.

Relative to the video and our topic to be discussed, no two cat girls are quite alike.

They all have different features and appearances, and they all behave a bit differently from one another.

Some of them have the cat ears and tails, but tend to behave more like humans, while others are about as cat-like as you can get, right down to meowing instead of talking. Both types of cat girl anime characters are popular, and we are going to feature both in our list of some of the all-time best cat girl anime. 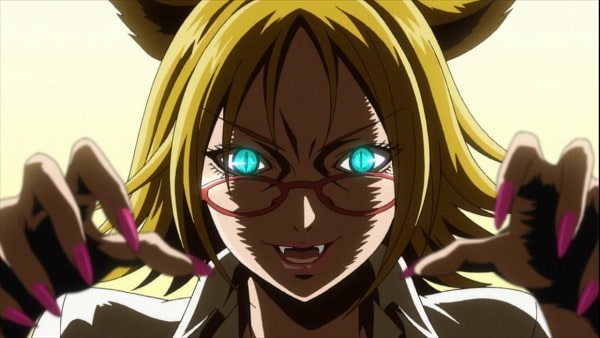 In the universe known as Rosario to Vampire, there is a special school, the Yokai Academy. This very exclusive school is for monsters only, and our main cat girl, Shizuka Nekonome, is the protagonists’ homeroom teacher.

They don’t get more cat-like than Shizuka, who is about as laid back as any cat can get. She has the speed and reflexes of the quickest cat, and of course, her favorite food is fish. She does speak in a human tongue, but she also meows once in a while. She loves to have fun, and she definitely belongs on our list of the best cat girl anime. 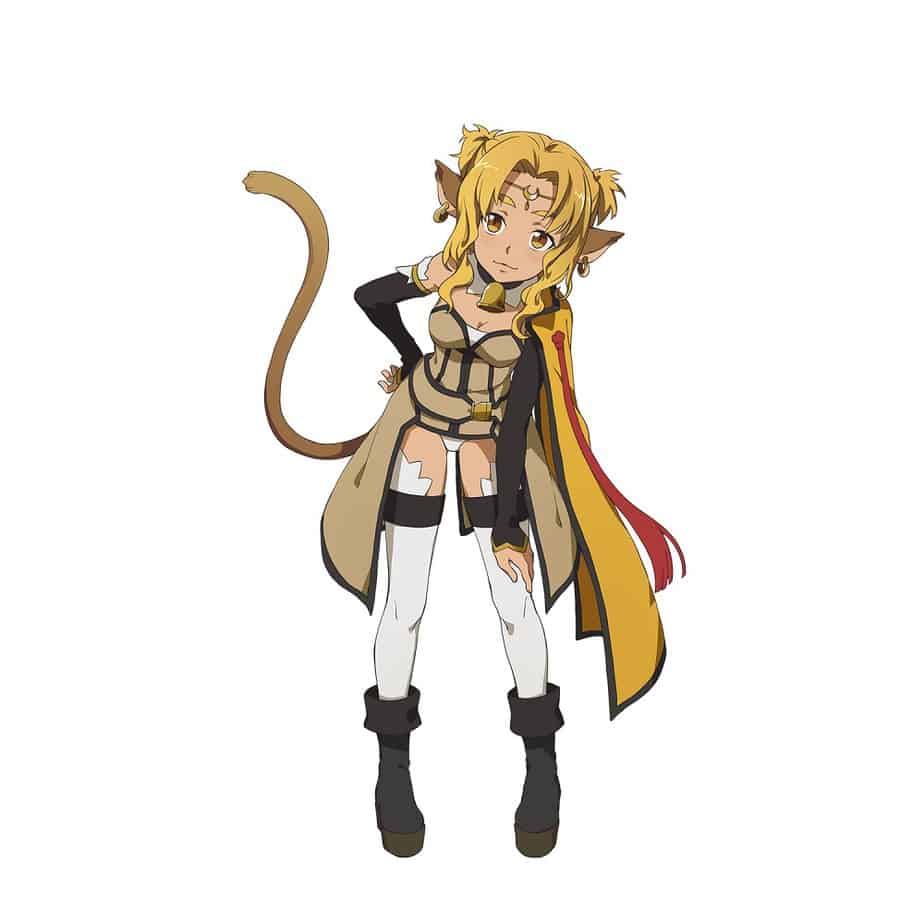 This series takes place in the world of a video game, where there are many different humans and characters of other races that make up the colorful cast. Of course, there is a cat girl character, Alicia Rue. In fact, Alicia Rue is the queen of the cat people race, the Cait Sith, in the Sword Art Online universe. She holds a powerful position, and she is pretty fierce in battle, just as any self-respecting kitty cat should be. Because of her fierceness and power, she has gotten herself placed on our best cat girl anime list. 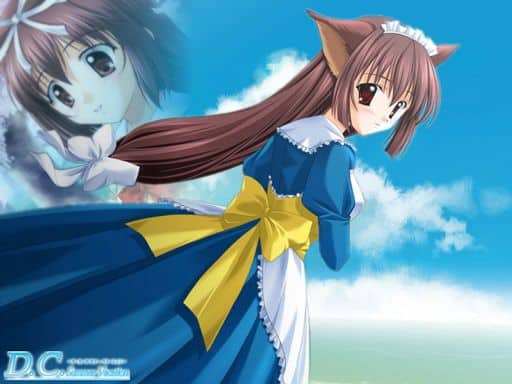 Now, there are cat girls that have a lot of human characteristics, and then there are cat girls that are more cat-like than human, such as the next character on our list, Yoriko Sagisawa. In fact, she was actually once a cat, who through magic, is turned into an alternate version of her owner, complete with cat ears, seeing as how she started out as a cat in the first place.

Because her owner was very introverted, Yoriko doesn’t really know many people, but when she gains a human body, she begins to explore the world around her. Just because she looks human, it doesn’t mean this classic cat girl anime acts like one. 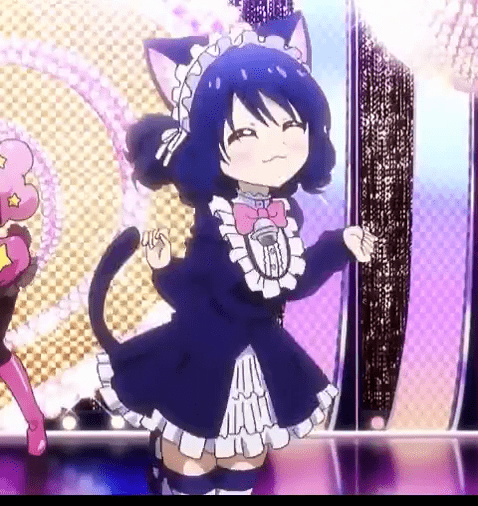 Shy and quiet, Cyan Hijirikawa is a first-year high school student with a passion for music. Never speaking up for herself, she finds her life changing abruptly when she is suddenly transported into an alternate universe which just happens to be centered around the thing she loves the most, music. One of the main characters of the series, she is a member of the band Plasmagica, singing and playing the guitar. She wears a maid costume, along with nekomimi, and is a character that has earned herself a spot on our list. 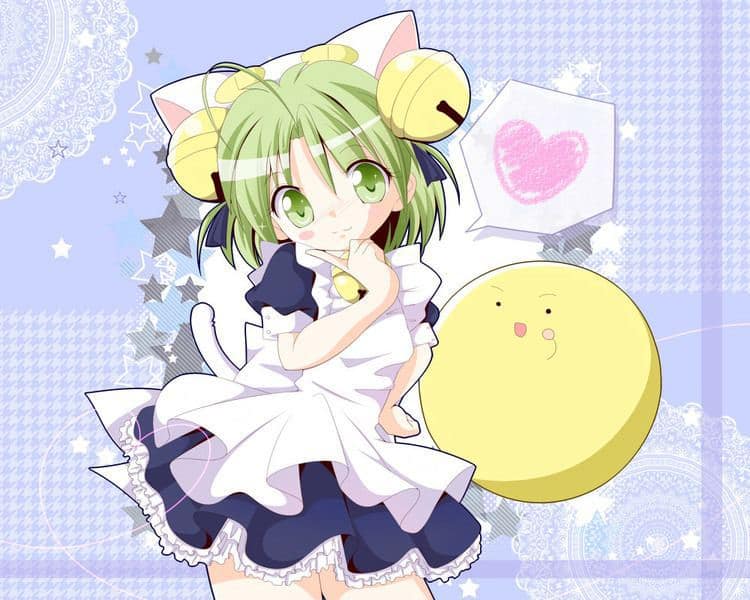 This could very well be the first cat girl, or any anime character, so say “nyo.” Cat girl Deijiko makes that sound at the end of each sentence she speaks, and rather than being annoying, it really is kind of cute. This cat girl wears a big bell and a cat-eared hat. Like all cats, she is rather self-centered, which makes her an enigma yet endearing at the same time. Deijiko even has her own cat girl sidekick, Puchiko. Because of her popularity, Deijiko had to have a place on our list. 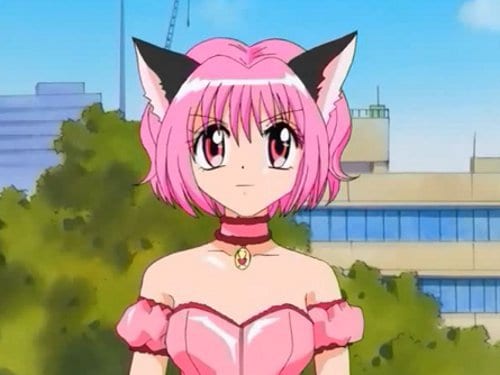 What young girl doesn’t have her problems with boys, school, and just being a teenager? Well, try adding being a secret super to the mix, and you have a whole new mess of problems. This is just what Tokyo Mew deals with every day.

She and the rest of the Mew Mew Brigade have super hearing powers thanks to genetic splicing with cat DNA. Ichigo has her dramatic side, but for the most part, is a sweet girl who always looks out for her friends. Oddly, she is loyal like a dog, even though she is a cat girl. She only has her cat ears and tail when she is in the Magical Girl form, but she is the closest to a cat genetically than most, which is why she made this list. 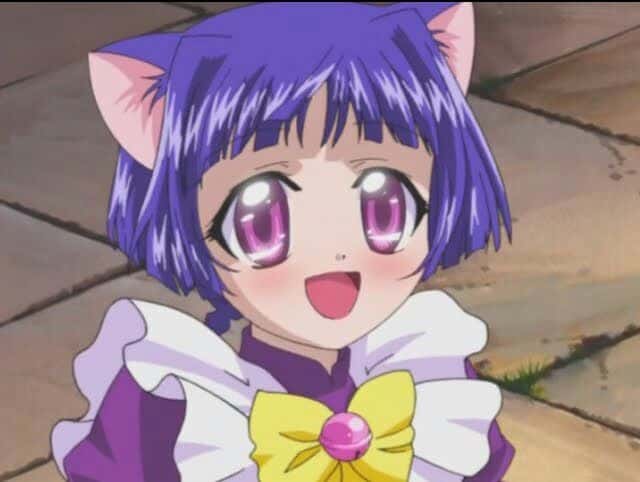 Anyone who loves cat girls is sure to love Magical Nyan Nyan Taruto, which features a race of cat girls who are pets to their human masters. Our main character, Taruto, is thought to be royalty, along with being a pet, and it is thought that she has some magical powers. This is one of those anime series where the cat girl is treated more like a cat than a person, and you will often hear Taruto making cat sounds along with her regular speech. 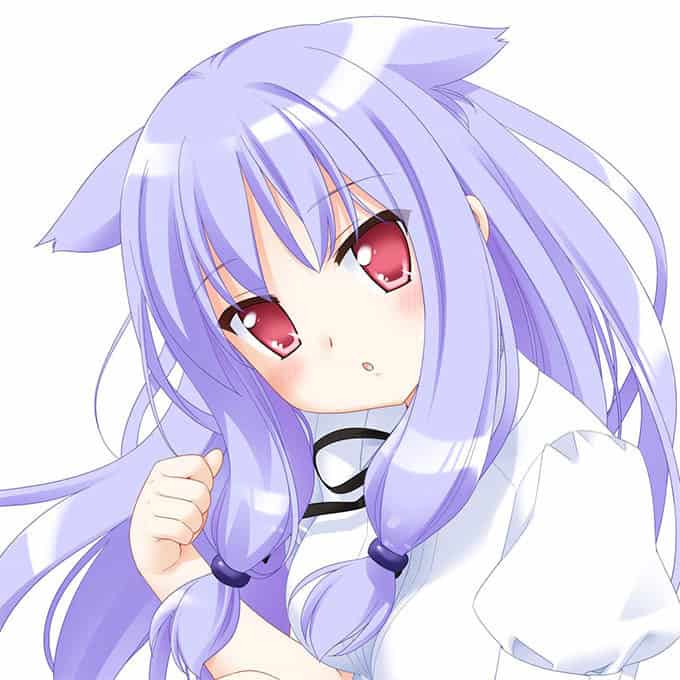 Last, but certainly not least, we have Tsuzuki Takumo, a high school student who, along with his sister, operates the Stray Cats bakery. One day, the kindly Tsuzuki takes in a stray cat (Nozomi), bringing her into the shop. The two don’t exactly hit it off too well at first, and it takes him a bit of time to earn this cat girl’s trust. But, she is a sweetie, and a cat girl who is very endearing to fans, putting her on our list.