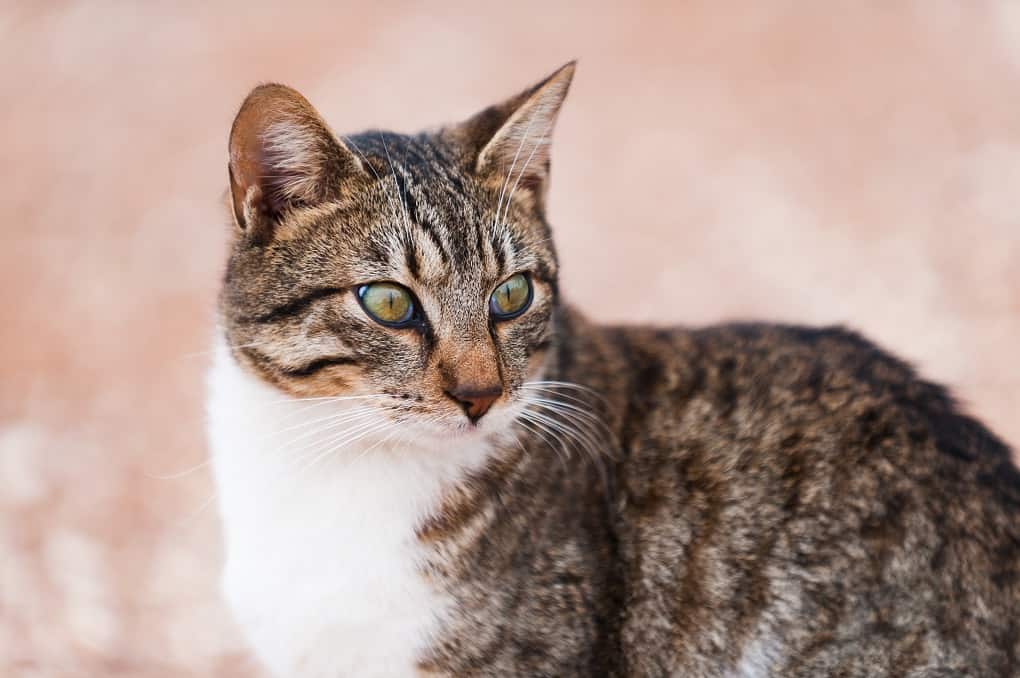 If you are looking for a good family cat with a big personality, the Cyprus cat might be a good option for you. This is a breed which varies greatly from one cat to another in terms of personality.

It can be hard to gauge exactly what an individual will be like, but they definitely look very nice.

As mentioned above, the Cyprus cat can vary greatly from one cat to another in terms of personality. Most of them are very friendly, sociable, and love being around people.

It is not usually an independent cat that likes to be alone for any amount of time. However, some people have noted that their Cyprus cats are independent and like to have solo time on occasion. They also vary in terms of handling.

Some like to be picked up, petted, and make for good lap cats, while others detest it. This does not mean that they are not affectionate, but they don’t always like to be handled.

What is certain about the Cyprus cat is that it is a very active and playful cat breed. They love to run around, jump up to new heights, play with cat toys, and they are known for being explorative hunters as well.

Either way, they usually want a lot of attention and interaction.

It is believed that the Cyprus cat is one of the oldest, if not the very oldest domestic cat breed. This cat is believed to come from the mountain regions of Cyprus and is thought to pre-date Egyptian cats by up to 4,000 years, which makes this cat up to 5-6,000 years old.

Below is a short video of some historical facts about Cyprus Cat:

Other than that, there is not very much known about the Cyprus cat breed. The breed may be old, but if there are any other types of cat in its DNA is unknown.

It is known that the Cyprus cat was imported to Byzantium in the 4th century to control rat and snake populations in monasteries. 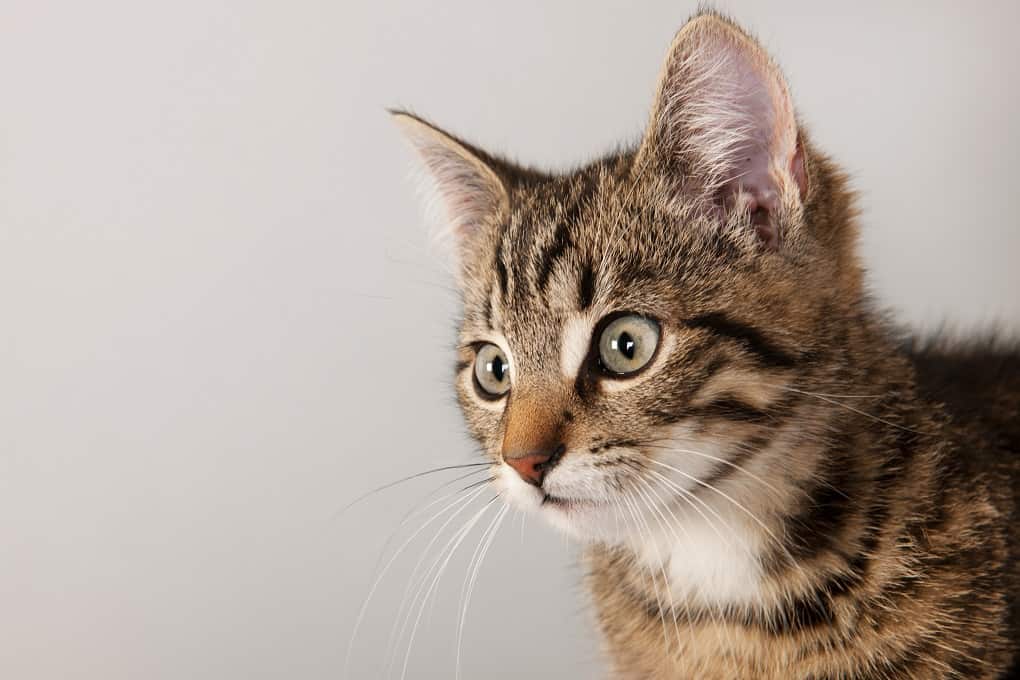 The Cyprus cat is known for being quite a healthy and hardy cat. They are fairly rare, and not too much research has been done into their genetics.

However, since they have been around for over 4,000 years, it is safe to assume that they are hardy and resilient. They may develop normal feline health conditions, such as minor heart diseases, periodontal disease, and kidney disease in cat, but nothing breed specific.

The Cyprus cat has a fairly short, dense, and sleek coat. This cat does have quite the undercoat, as it originally comes from colder mountainous regions, and therefore it does shed a fair amount, especially as temperatures start to rise with the seasons.

Their fur is not known for tangling or matting, but you do want to brush them twice per week to remove dead hair and skin, just so you don’t find hairballs all over your home. Other than that, general feline care is required.

Good claw care or a scratching post for their claws is required. Brushing their teeth a few times per week to prevent periodontal disease is also recommended. Using a cotton ball soaked in a mix of cider vinegar and warm water to wipe out their ears about once per week is another thing to keep in mind here.

The Cyprus cat is a medium-large cat. They have a very slender and athletic build, and are quite muscular and tall. They also have fairly long and slender legs with fairly long tails.

They also feature a triangular face. At the most, a male Cyprus cat will grow to around 13 or 14 inches at the shoulders, with females generally being a bit smaller in height.

The Cyprus cat is a very active cat, and very explorative and playful too. These cats love to hunt, they love to play, and they love to run around.

They are known for being curious, adventure loving, and they are always more than willing to hunt down prey. It’s not the best cat to get if you don’t have a lot of patience for a high-energy pet.

No, the Cyprus cat is not hypoallergenic. It has a thick undercoat and sheds quite a bit, so it is not the best option for people with cat allergies.

The Cyprus cat tends to be fairly healthy and has quite a long lifespan. On average, these cats will see about 15 years of age.

The Cyprus cat is about a 3 or 4 on a 1-5 cat care scale; they need a decent amount of care and maintenance. You will need to groom them regularly, which applies to their claws, coat, ears, eyes, and teeth.

They also need a lot of social interaction, and lots of room to hunt and play.

Where to get a Cyprus Cat

Cyprus cat breeders can be found in Cyprus and neighboring countries, with a select few being spread out across North America and Europe. It is a fairly rare breed of cat and might take you some time to find one for purchase.

How much does a Cyprus Cat cost?

On average, the Cyprus cat will cost you between $300 and $600, but it depends on where you are. In places where breeders are scarce, you could very well end up paying over $1,000 for a Cyprus cat kitten.

Choosing the right type of Cyprus cat comes down to a few different factors. For one, they usually come in a tabby pattern, but can come in all types of patterns, so that is one deciding factor to keep in mind.

You will want to get your cat from a legitimate breeder, and be sure to ask about the health and personalities of the parent cats.

Responsibilities to consider in the care of a Cyprus Cat

The Cyprus cat requires a lot of room to run around and to play, plus they want a lot of social interaction and do not like to be alone. There are a select few which like to be independent, but for the most part love being with people.

Other than that, regular grooming, a clean litter box, and a healthy diet are required.

It really depends on the specific cat in question. Most Cyprus cats like to be very social and want a whole lot of human interaction, but some individuals can be more independent.

Generally speaking, yes, they do need a fair amount of care and attention. 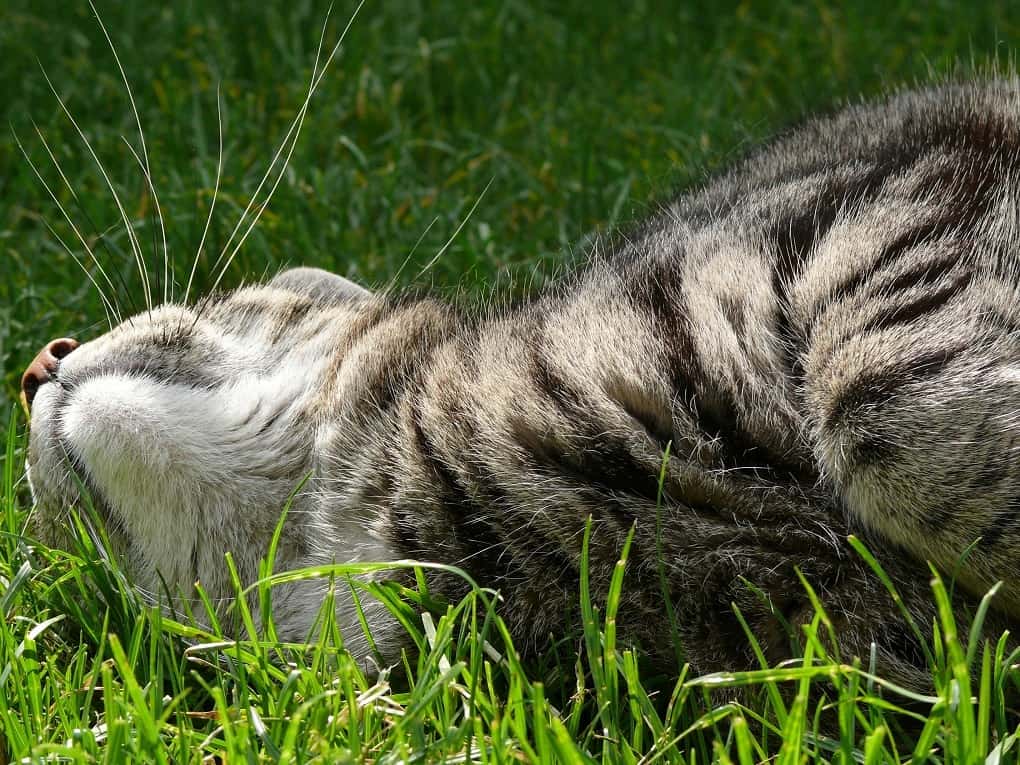 The Cyprus cat is definitely an active and energetic cat. It is a cat that loves to hunt and play, for the most part at least.

These are cats that will probably follow you around the home, as they do not want to be alone. Although, as we previously mentioned, some can be more independent than others, but generally speaking they are quite sociable.

The Cyprus cat usually comes in a tabby pattern, but can come in mostly all patterns which any other cats may come in. They are very diverse in this way.

The Cyprus cat is a very sociable cat in the sense that it usually likes being around people and does not want to be alone. However, they are usually not overly affectionate in that they do not particularly enjoy being picked up or sitting in laps for very long.

The Cyprus cat usually does pretty well with dogs and kids. It really depends on the particular cat and how social it is. As mentioned before, their personalities can vary quite a bit.

The Cyprus cat is known for being moderately intelligent. They tend to be fairly decent problem solvers and have no problems finding out how to get into cupboards and past obstacles.

The average Cyprus cat will have a lot of energy. They are active, they like to hunt, play, and they are never really still or sit in one place for a prolonged period of time.

The Cyprus cat requires a decent amount of maintenance. They require regular grooming, regular checkups, a lot of room, good food, and people to play with.

The Cyprus cat can come in more or less all patterns and color combinations which all other cats come in.

Although they can sometimes be very independent, for the most part, the Cyprus cat is very friendly, sociable, and playful. They tend to make for fairly good family pets.