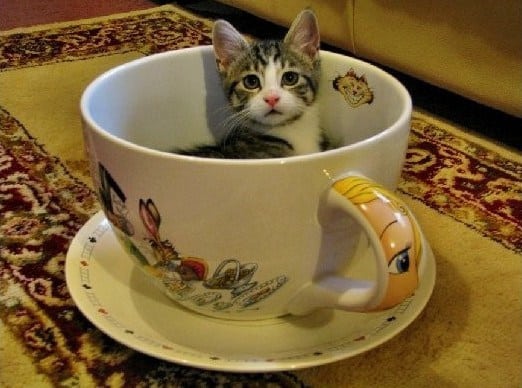 So many people just want a kitty that is going to stay small forever, so breeders have come up with a way to make the adorable cat breed happen. They are offering teacup cats that are meant to be small for their whole life. The truth is that these kitties may actually not be the best idea. Did you know that the breeders are actually putting the cats in harm’s way in order to breed them to be so small? 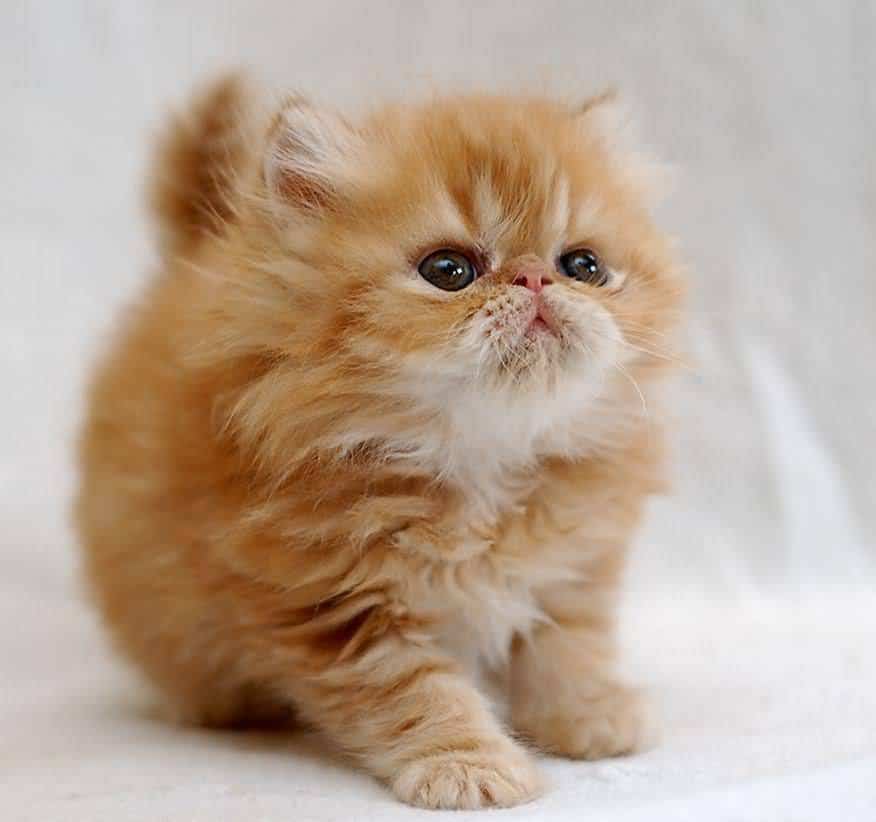 Let’s learn a little bit more about teacup breeds, and why they may not be the best option for you. After learning a bit more, you may find that just going with a small breed cat may be the best way for you to have a small cat that will stay pretty small. After all, no cat, teacup or not, is going to stay super tiny or fit in a teacup their entire life.

How Teacup Cats are Bred

The problem that comes along with teacup cats or miniature cat breeds has to do with how they are bred. They are usually bred by breeders who use inbreeding techniques to get smaller cats out of the litter. This occurs often through genetic mutations. In doing this, it not only mutates their size gene, but it can also cause them to be more susceptible to other diseases and health risks. This is why you should typically steer clear of any breeder that advertises teacup cats.

It is often difficult to tell whether a cat is a teacup cat, or if it is just the runt out of the litter. The runt can often be described as a teacup, and you may never know the difference. Sometimes runts end up growing to be bigger than the other cats in the litter though. So, you may never know until they are fully grown. It is also common for the sick cats in the bunch to be passed off as being teacup versions, but they may just be unhealthy.

Health Issues to Be Aware of with Teacup Cats

Aside from having issues with their genetic makeup, teacup cats may also be more prone to certain health issues. This is something to be aware of before you try to find one of these sought-after kitties. Here are just a few of the issues that you will want to know about:

Why would you want to get a cat that is going to be more prone to having issues like these? It doesn’t really seem like it would be worth it just to have a cat that remains small.

How to Avoid Bad Breeders

If you want to ensure that you get a healthy cat, you will want to make sure that you find the right breeder. Research their breeding facility. Learn as much as you can about them. Here are a few red flags that you may want to watch out for when it comes to breeders who may be lacking some integrity.

#1 – If they won’t allow you to see the cat’s parents, then you may want to run the other way. It is always a sign of good faith when you are able to see the mom and dad on site. This can help you to see that they are both healthy, and their sizes so that you can know what to expect.

#2 – If they advertise in your local free pages online, then it may be a sign of their character. Typically, you will want to deal with breeders that have built up some rapport. Look for a website, and legitimate advertising techniques.

#3 – If they say that they have a special deal going on certain kittens, then they may not be as healthy as they seem. Often times breeders will mark down the price tag on one of their pets just to move it from the facility before it happens to get sicker. This is something to be aware of.

#4 – If they do not really care whether or not you can offer the cat a good home, then it may not be the right breeder for you. Good breeders are going to want to make sure that all of their cats go to a home where they will be loved and well cared for.

#5 – If they always have kittens available to buy, then they may be running a kitten farm. If a breeder is just trying to produce as many kittens as they can to make a profit, then they probably do not really have the health and best interest of the cats in mind.

These are just a few of the ways that you can avoid dealing with bad breeders. The best thing that you can do to find a reputable breeder is to check with your local animal shelters and talk to them about known breeders in your area. They may also have adoption events in your local area that you can check into.

Are There Actual Benefits to Having a Teacup Cat?

We already learned a bit about the negatives with teacup cats, but are there any positives? The truth is that there really are no positives for this type of cat. The risks far outweigh any potential positives, so it is best to just go with a smaller breed. The good news is that there are quite a few breeds that have a tendency to stay small even when they are fully matured in size.

Below is a cute and funny video that features a Persian Teacup Cat:

As you can see, teacup cats are really just not a good idea. It is really quite the same with teacup dogs as well, which are usually more common than teacup cats. The problem is that people just want what they want. If they want a small cat breed, they think that they can manipulate the genetic makeup to get exactly what they want. Never mind the potential side effects that it can have on the cat.