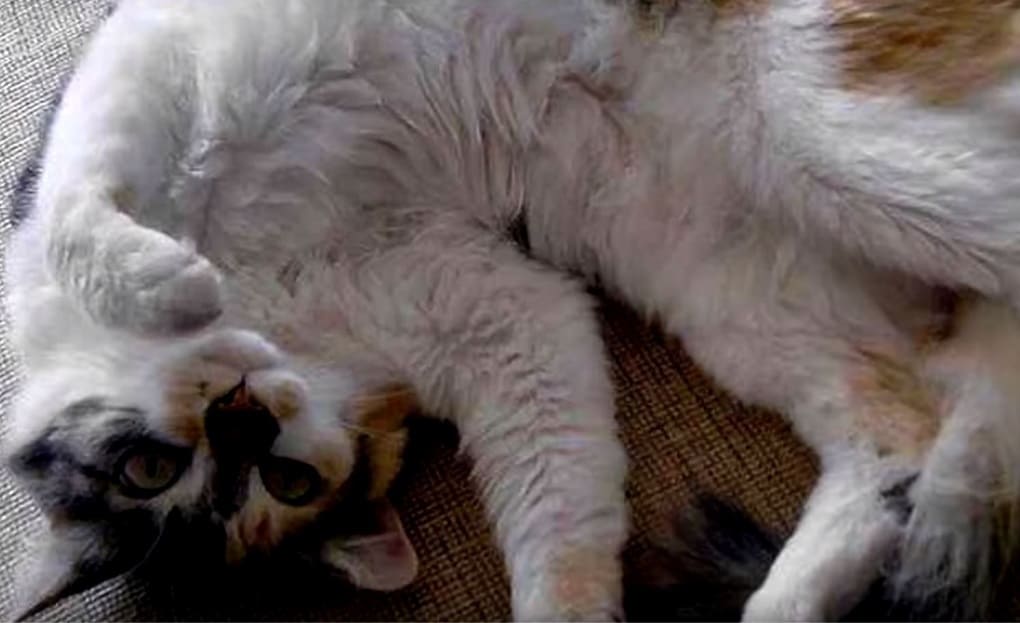 If you are looking for a new cat and you really love playing with felines, the Brazilian Shorthair cat might be a good option for you. It’s a highly social, adventurous. playful, and fun-loving cat that you and your kids will love.

The Brazilian Shorthair cat has a very outgoing and social nature. It absolutely loves being with its owner and does not enjoy being alone.

It is so outgoing that it has no problem going to new places, exploring every nook and cranny, and meeting new people. This is not a couch potato and it is pretty rare to find this cat sitting around and doing nothing.

If it is not following you around, it is playing and having fun.

Below is a short video about Brazilian Shorthair facts:

Yes, the Brazilian Shorthair cat is also a very playful and active cat. They enjoy playing and love their interactive cat toys.

Moreover, if they do not have toys to play with, or if you are not keeping them occupied, they will explore, get into drawers, and often cause mischief.

The origins of the Brazilian Shorthair cat are somewhat unknown. What we do know is that this cat dates back to the 1500s, when Portuguese sailors brought British Shorthairs aboard their ships in order to control rodent populations.

These then became street cats in Brazil, and through breeding, mostly street breeding that did not have much to do with humans, it became the Brazilian Shorthair. 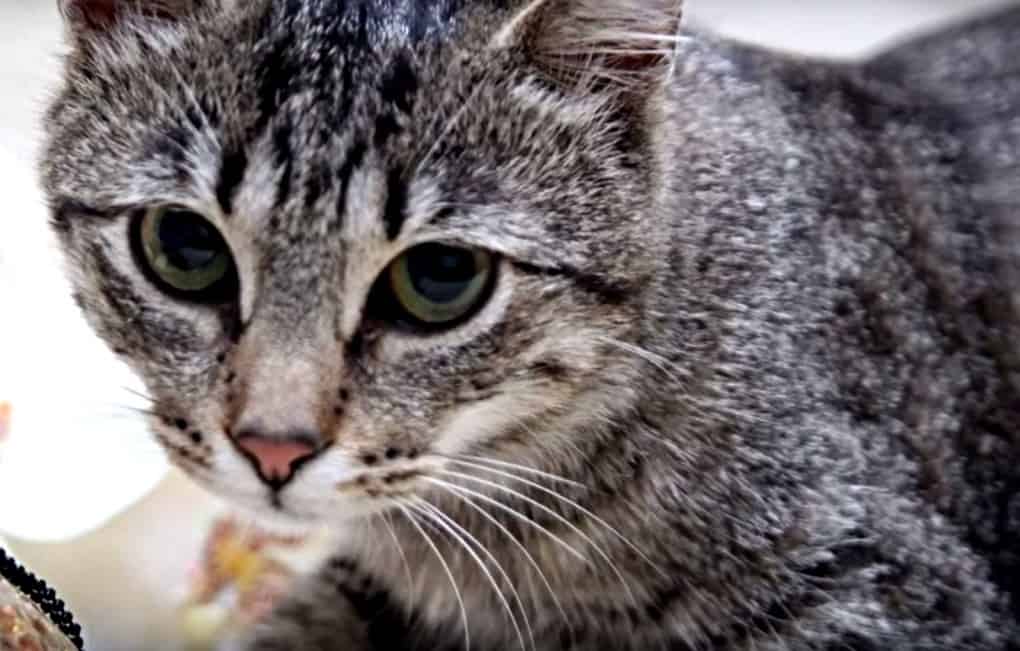 The Brazilian Shorthair cat is a relatively recent cat, so it has not been studied to extensively for health issues. However, what most people can agree on is that it tends to be very healthy.

Most would say that it is a great cat to get if you don’t want to worry about big vet bills in the long run. They do, on occasion suffer from common cat diseases which other felines may also suffer from, such as some heart or periodontal disease, but in the grand scheme of things, they are some of the healthiest cats out there.

The Brazilian Shorthair cat does not require too much in the way of grooming. It has short fur and it does not shed a lot.

You just need to brush it about once per week with a soft brush, just to remove dead hair and skin. Bathing the Brazilian Shorthair cat is not recommended, or at least not more than once every six months at the most.

It is not very good for their skin, and unless they are excessively dirty or smelly, bathing should be avoided.

Other than that, just some basic cat grooming is required, such as good claw care and wiping out their eyes with a warm cloth every week. To keep your Brazilian Shorthair cat’s ears clean, use a cotton ball soaked in warm water and cider vinegar to gently wipe them out.

The Brazilian Shorthair cat is known for being a fairly large cat. The males will usually grow to a maximum of 14 inches at the shoulders, which is pretty large for a domestic cat.

Females and smaller males will usually grow to 12 to 13 inches at the shoulders, which is still pretty big. This cat has a very sleek and elegant appearance, a lean and muscular body, with an ideally proportioned head, tail, and legs.

They do have fairly large pointed ears.

This cat is one of the larger domestic cats and yes, they can get pretty heavy. A large Brazilian Shorthair may weigh as much as 22 pounds.

Smaller females have been known to weigh as little as 11 pounds, but generally speaking, even the females will weigh at least 15 pounds.

The Brazilian Shorthair is quite an active cat. They are not much for sitting around, lounging, or cuddling either.

While they do enjoy the occasional cuddle in a warm lap, most of their time is spent playing and adventuring. They love to play with toys, meet new people, explore new places, and they don’t mind a wild play session with kids either.

The Brazilian Shorthair is a fairly healthy cat, and when properly looked after can easily lie as long as 20 or even 22 years. However, their average age tends to be around 17 or 18 years old, which is actually still pretty long-lived.

The Brazilian Shorthair is quite easy to care for. They require fairly minimal grooming. Just feed them good food and ensure that their litter box is always clean.

They do need a lot of socialization and play, which is fine because that is probably why you are getting a pet in the first place.

Where to get a Brazilian Shorthair

There are quite a few Brazilian Shorthair cat breeders in South America, specifically Brazil. However, there are some breeders in other parts of South and North America.

It is still a fairly rare cat, so it might take you some time to find a good breeder, but we would definitely recommend going to a trusted breeder so you know what you are getting.

How much does a Brazilian Shorthair Cat cost?

Choosing the right one for you really comes down to what colors and patterns you like the most. Also, make sure to ask about the health of the parent cats, as well as their personalities.

Other than that, as long as you go to a reputable breeder, you really cannot go wrong.

Responsibilities to consider in the care of a Brazilian Shorthair Cat

The Brazilian Shorthair cat requires the same basic care as other cats, with some points being regular grooming, good feeding, and lots of attention.

Yes, the Brazilian Shorthair cat does require a fair amount of attention. They do not want to be alone, so do not buy them if it is just you and you will be at work all day.

They love being with people and will be sad if they are left alone for too long. It really does not matter whether it is you, your kids, or your dog, just as long as the Brazilian Shorthair cat is not left alone for long. 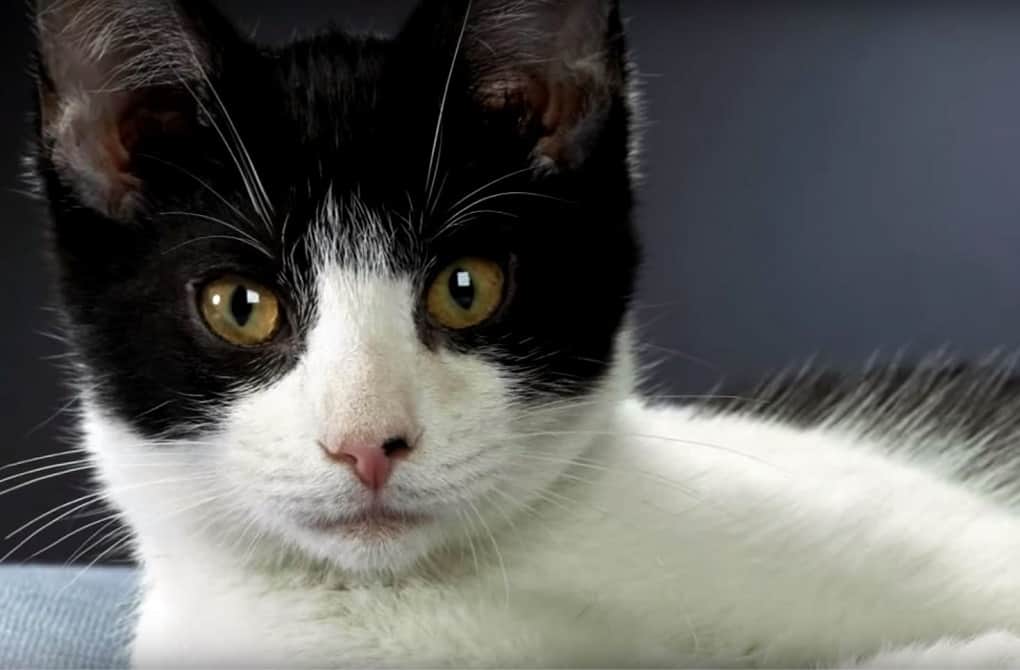 The Brazilian Shorthair cat likes to hunt for mice and rodents, a trait which is inherent in them. They enjoy adventuring and exploring, whether it be your home or a new place.

If they are not happy, they can be somewhat vocal, although not overly so. They definitely want to play, whether it be being chased around the home by your kids or having a ball of yarn to mess around with.

These are adventurous, social, and playful cats. However, they still have a common habit of scratching which is why it would still be best to provide a good-quality cat scratching post.

What is interesting about the Brazilian Shorthair cat is that it can come in pretty much any color combination and pattern which any other feline comes in. They are very diverse in this way.

The Brazilian Shorthair cat is very affectionate in the sense that it does not want to be left alone, and it loves socializing with people, both people it knows and new folks too. However, it is not overly fond of being picked up or sitting in laps.

Yes, the Brazilian Shorthair cat does fine with kids, and actually really enjoys playing with rambunctious children. They also do alright with dogs, although less so than with children.

The Brazilian Shorthair is known for being a moderately intelligent cat. They have been known to open things up, get into trouble, and even play with puzzle toys.

The Brazilian Shorthair cat has a lot of energy. It’s not a cat that will very often sit around and do nothing.

The bottom line is that the Brazilian Shorthair cat is a very active, energetic, social, and playful cat that does well in big family homes.