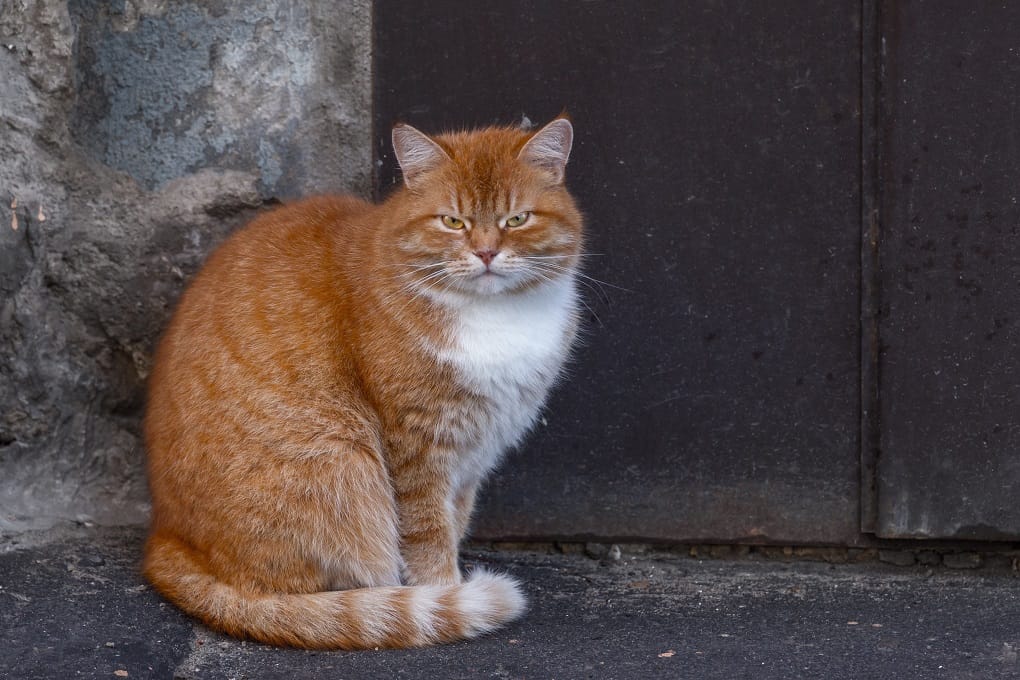 With so many different kinds of cats out there, it’s not easy to decide on a specific breed to adopt. Options like the Cymric are unique, interesting and often mean you end up having a cat unlike people around you.

This uncommon breed is one that has a lot to offer, but it’s also worth understanding the care and potential issues that the breed can have.

Read on, and you’ll learn all about Cymric cats.

Cymric cats are playful, but also quite gentle in nature. These are also cats that can be more communicative than others, happily having little conversations with their owners.

Furthermore, the Cymric is quite intelligent, with the ability to open up cupboards and greatly enjoy cat puzzle toys. This is also a good companion for learning tricks!

Much like with dogs, there was initially a single breed of cat that began its life alongside humans, thousands of years ago. Over time, the various mutations that occurred in that breed have been isolated and developed into unique breeds like the Cymric cat, sometimes purposefully and sometimes completely by accident.

Find out more about Cymric Cats in the video below:

The Cymric is a breed that comes from the Isle Of Man. While it’s unclear how the breed came to be, what is clear is that somehow the genes for lacking a tail, and a thick coat were perpetuated and able to grow into an entire breed separate from others out there. 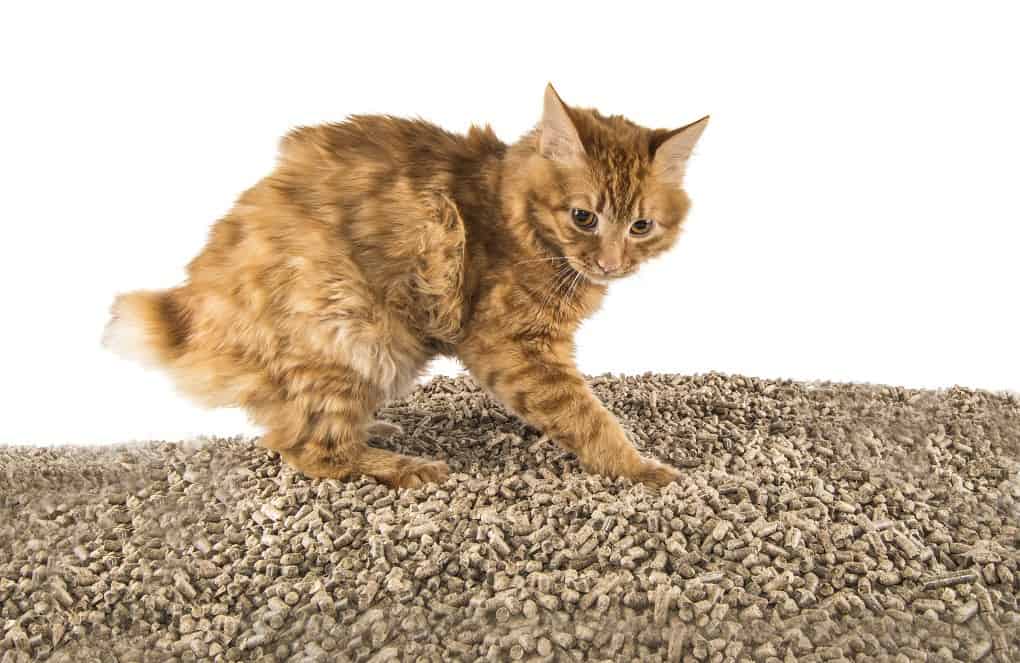 Like most of the unique breeds, there are unique concerns that come with the Cymric cat. With regard to this breed, the health concerns are related to their lack of a tail, which can create complications.

There is a major complication related to the tail, or lack thereof, of this breed. Due to the specialized breeding, some cats can be born with issues in their spine that affect the ability to walk and handle bodily waste removal. Often, this issue can be found before cats reach 6 months of age.

While there aren’t many breed-specific diseased that occur in this breed, the complications that result in a spinal defect can be fatal. Consequently, it’s a good idea to ensure the health of any cat you adopt. Waiting until they are at least 6 months old is a wise choice.

Because this is a longhair cat, you will need to brush them a little more often than shorthair breeds, but it’s usually not too difficult of a task. Typically, a brush two or three times a week is enough to keep them mat-free. On top of that, trimming nails, cleaning ears and brushing teeth are important tasks.

The Cymric isn’t typically a very tall cat, often coming in a rather compact shape. Generally, they only reach somewhere between 7 inches and 9 inches in height when they reach adulthood. That said, some may differ if they have been mixed with other breeds.

The Cymric may not be the world’s largest domestic cat but it still ranges from medium-to-large cat. Individuals can be closer to medium-sized, or they can be quite big. In either case, they often have a compact appearance, typically due to the lack of a tail. This gives them a much more rounded appearance that some find to be very cute.

The weight of these cats can depend on their gender, in part. Males of the breed can be rather thick, reaching weights over 12 pounds. Meanwhile, females tend to range from 8 pounds to 12 pounds. These cats are compact, but also quite thickly built.

The Cymric is a cat that offers a pretty normal level of activeness. They are playful and happy to enjoy a game of fetch, chase a string or laser pointer, and generally romp around. Puzzle toys and tricks can also be a great way to keep them challenged in productive ways.

This is not a breed that is hypoallergenic, which you may come to expect from the long hair. Because these cats can shed more than shorthair breeds, it’s not generally a good idea to expect that those with cat allergies will have an easy time around them.

Typically, the Cymric can live anywhere between 9 years and 13 years. However, the lifespan of just about any cat can really depend on health based on their genetics as well as their lifestyle. Generally speaking, cats kept indoors can live longer, as well as those who go to the vet regularly.

Assuming you have adopted a cat after they have reached 6 months old and have shown no spinal problems, these cats don’t require too much-added care. For the most part, helping to avoid matting of their fur with regular brushing is going to be the most important, and regular checkups.

Where to get a Cymric Cat

If you don’t need something purebred or of show quality, it’s best to check out animal shelters in your area before turning to a breeder. However, those who are seeking a breeder should make sure that the breeder is reputable, capable and that the kitten they adopt has a clean bill of health.

How much does a Cymric Cat cost?

If you turn to a shelter, you can often find a cat complete with spay or neuter, initial shots and checkups for under $100. However, for those who intend on working with a breeder, it’s worth keeping in mind that kittens can range from $200 to $500.

One of the most important aspects of finding a Cymric cat is making sure a kitten you want to adopt is free from spinal defects. Because of that, it’s often a good idea to wait until kittens are at least 6 months old before going through the adoption process.

Responsibilities to consider in the care of a Cymric Cat

One aspect worth keeping in mind is that members of this breed can put on weight easily. As a result, you’ll need to make sure they are eating quality food in the correct amount to keep them at a healthy weight. This can really have a large effect on their overall health.

Like most other cats, Cymric cats are quite intelligent. It’s important to make sure they can use their intelligence and energy in productive ways, or they can become destructive. In addition, keeping track of their diet and brushing them a few times a week will both help to keep them happy and healthy. 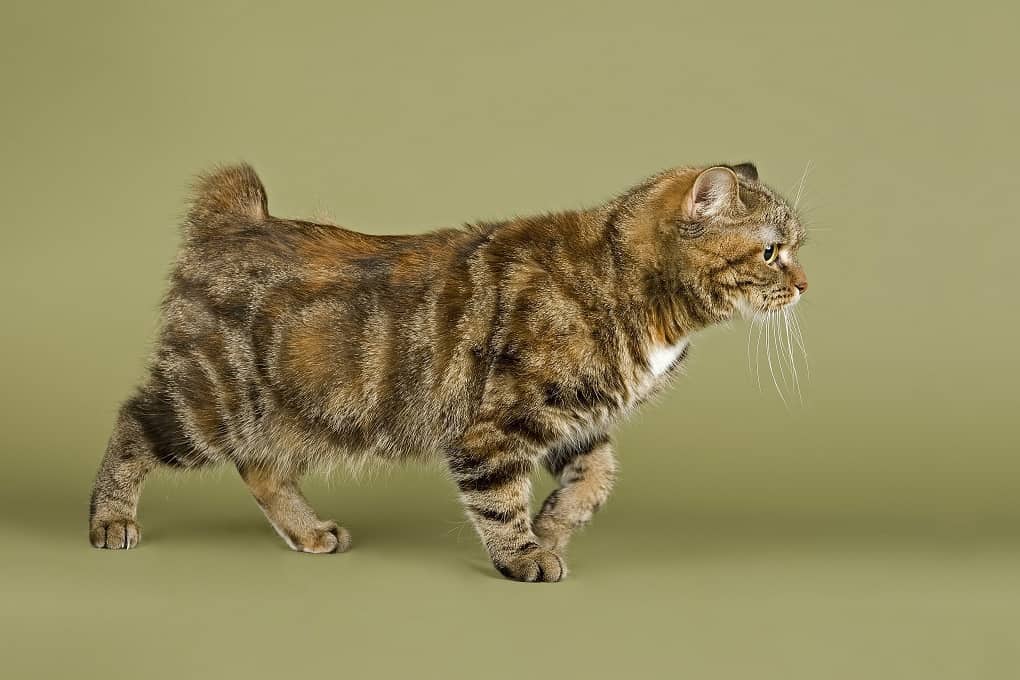 Overall, the Cymric is a cat that tends to be gentle and sweet. They enjoy playing, but won’t typically drive you crazy with their need to romp around.

The Cymric can come in a variety of different patterns, including solid, tabby and much more.

As a breed, the Cymric is quite affectionate. They are known to be gentle and enjoy the presence of their humans. However, a large part of this includes the way kittens are raised. Make sure to select a cat that has been well-socialized if you can, as they are likely to make for better companions.

As long as they have been socialized well, these cats can get along with other family members quite easily. Even gentle dogs can become good friends to the Cymric. In addition, they do quite well around children, as long as those children know to be gentle with animals.

The Cymric is an intelligent breed. You’re likely to find that they have a knack for getting into cupboards or opening up containers you didn’t expect. Due to this intelligence, making sure their brains are put to productive use is a good idea. Puzzle toys and tricks are both great ways to do this.

This breed isn’t one that is known to have too much energy. They like to run and play about the same amount as most other breeds, but are largely quite gentle and may be more likely to prefer sitting in a lap. However, this can vary between individuals.

If you are someone who doesn’t mind regular brushing and keeping a close eye on your pet’s weight, then a Cymric can be a rewarding choice. There’s no denying that they are adorable, friendly and unique creatures, with plenty of personality to match.

There aren’t necessarily breed types, but this is a breed that can come in a variety of different patterns and colors. Because of that, each cat is going to be quite unique. Before you seek out shelters or breeders, take a moment to think about the colors and patterns you like most.

You can find these cats in a variety of different colors. For those who like the standard choices, they come in white, black, brown and red. In addition to that, you’ll be able to find these cats in unique colors like silver, cream, blue, tortoiseshell and even blue cream.

There are also several different patterns that you’ll find this breed in. These include the more common options like tabby and solid as well as bi or tri-color choices and smoke. Furthermore, you can also find options that are shaded, calico or have unique ticking. Each cat is a little different.

Cymric Cats compared to other Breeds

When compared to other breeds, many find the look of these cats to be quite interesting. Unlike many dogs, these cats are bred to have little or no tail, rather than having their tails removed at a young age. While this can be more humane, it also comes with risks of defects in the spine.

Overall, the Cymric is a fantastic breed. The defects some kittens can experience is an unfortunate side effect of their breeding, but different complications or illnesses can occur in a variety of different breeds. With regard to the Cymric, it typically means waiting until they are a little older to bring them home.