Home - Cat Breeds - Persian kitty: An Informative Glimpse into Their History and Nature

With their distinct features, Persian kitty or cat is considered the most popular pedigreed cat in Northern America. With a calm, almost poised demeanor, they became somewhat of a sought-after pet in the Victorian era. The Persian is the epitome of a lap-cat and is known for being undemanding in its nature – a perfect pet for someone who enjoys furry cuddles.

A Brief Look into the History of Persian Cats 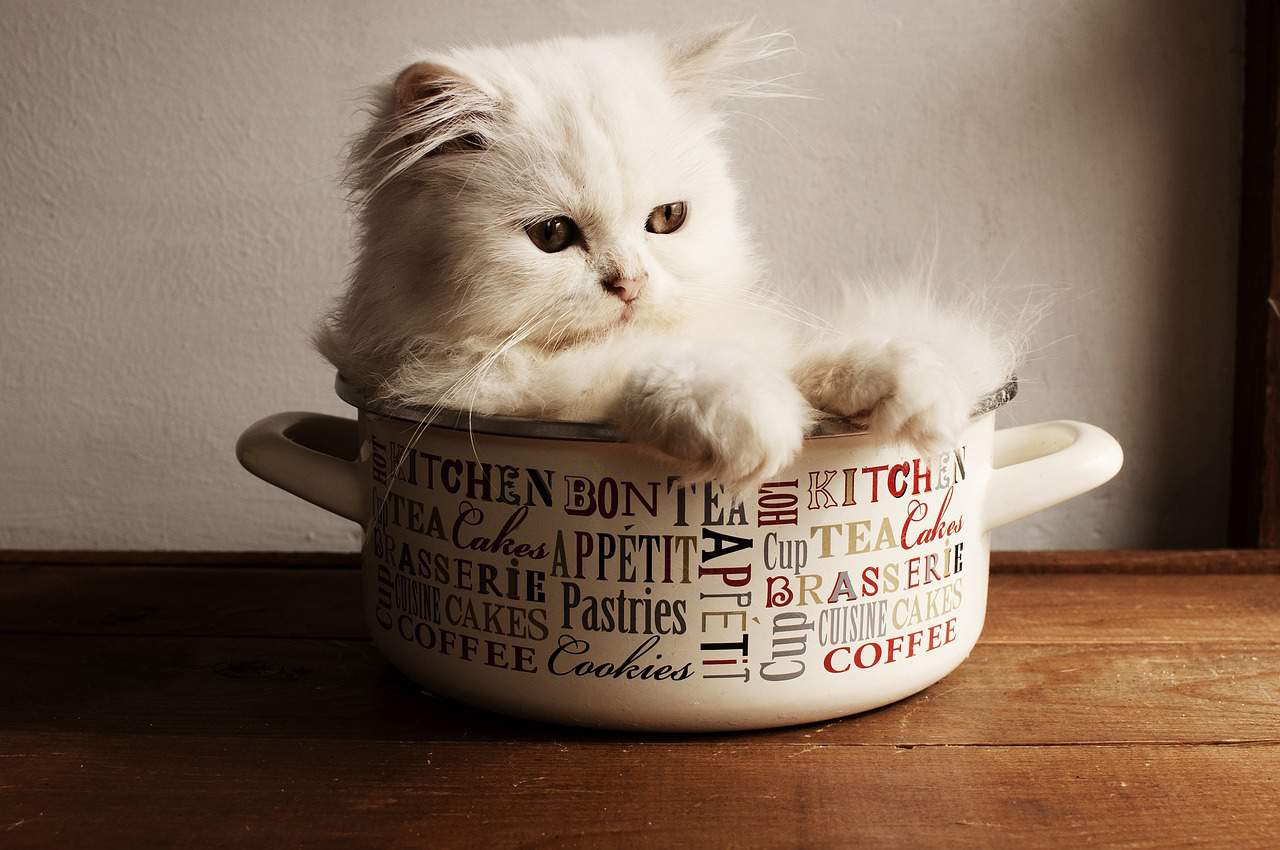 Over time, the features of Persian cats have become exaggerated, but they are quite easily distinguishable thanks to their rounds heads, snub nose, chubby cheeks and a short body. The traditional Persian, however, does not have the extreme features that the show Persian has.

Many are aware that this ancient breed originated in Mesopotamia, which was thought to be a cradle of civilization. This area also later became Persia and is now present-day Iran.

This elegant breed’s hair occurred due to a natural mutation and most notably drew in the attention of 17th century nobleman in Italy and explorer, Pietro Della Valle, with its distinctive appearance. It was Della Valle who first brought the first longhaired cats to Europe in the year 1626.

Around the 19th century, when showing and breeding cats became popular, longhaired felines from Turkey, Persia and Afghanistan were simply known as “Asiatic” cats. As a result, they were frequently inbred. In 1871, Persian cats were one of the breeds that was showcased at the Crystal Palace Cat Show and it was Queen Victoria’s adoration of this breed that catapulted it into the realms of desirability.

Through very selective and specific breeding, cat enthusiasts began shaping the Persian into the adorable form we know today. They were bred to have round heads, short faces, snub noses, chubby cheeks, large eyes and a sturdy build. It was their fur that eventually grew longer in comparison to the Angora cat and not long after that, Persian cats also surpassed the Angora breed in the realm of popularity.

In the United States, the Persian cat was first introduced in the later years of the 19th century. They became even more of a household name than the Maine Coon, another longhair cat, and secured their place as a firm favorite. In less than a century, the Persian became an adored cat breed globally, prized for its gorgeous appearance and gentle personality. 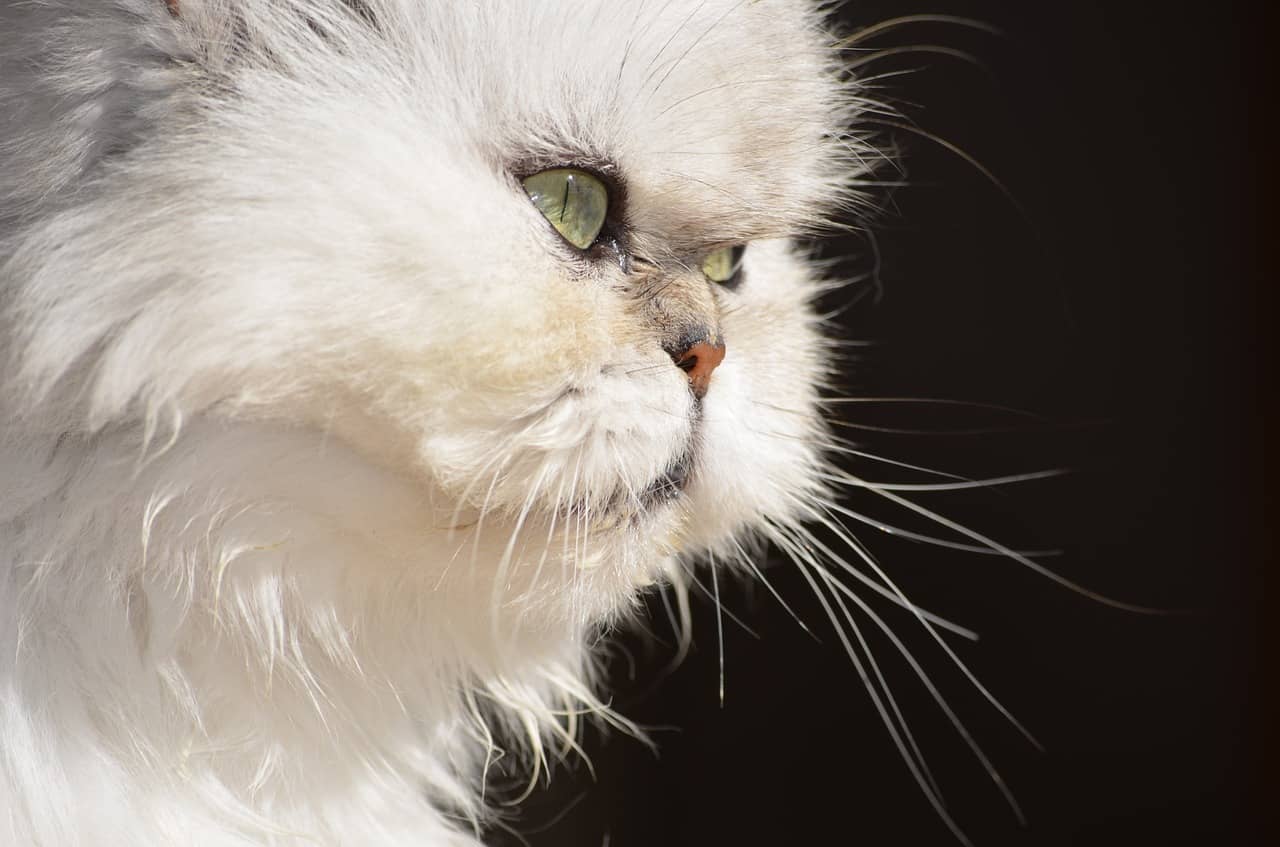 These fluffy feline friends are as dignified as they are docile. They are generally known for their tender and quiet nature. The Persian is a glorious ornament in every household where they can lay in someone’s lap for long periods of time.  This is a breed that thoroughly enjoys being petted and nurtured. Persian cats are amazing companions for gentle children who will play with them and wheel them around in a stroller.

Persian cats carry an air of superiority and this applies to how they show their affection – they tend to be quite specific and a little on the picky side.  They save their attention for those they feel they can most trust, typically including family members and the rare guest.

A loud, distracting environment is not the place for a Persian cat. They will retreat and become incredibly reserved.

Persian cats tend to prefer a peaceful home where there aren’t a lot of big changes. Their expressive eyes and soft, pleasant voice allows them to communicate their simple needs: regular meals, minimal playtime using a variety of toy options, and plenty of love, which they obviously return a hundredfold.

Your Persian cat is very unlikely to climb up your curtains, jump onto areas that are off-limits, or even perch on very high features inside the house. They are perfectly content with hanging out on the floor or pieces of furniture they can easily hop onto. This is not a cat that you ever need to worry about when leaving for work. The Persian cat is more than happy to soak up the sun on a sofa, bed or chair until you are free to give them the attention they enthusiastically receive, but hardly ever demand.